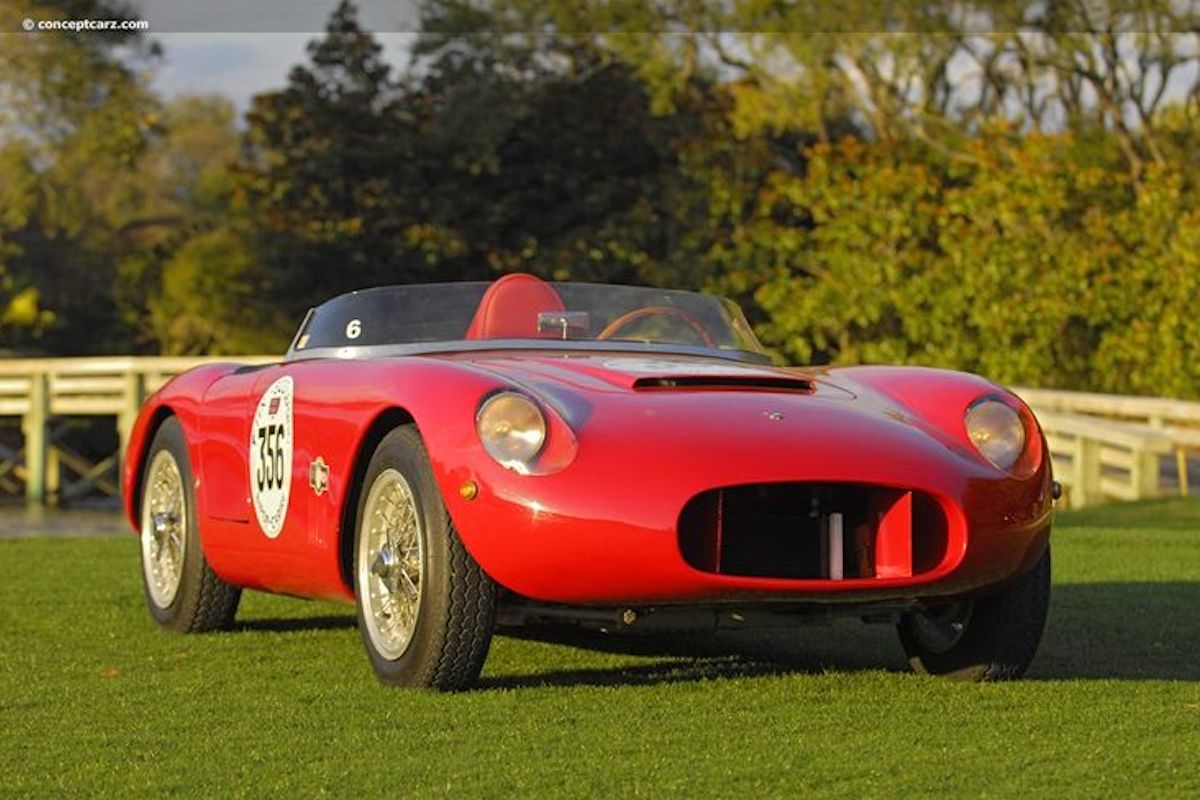 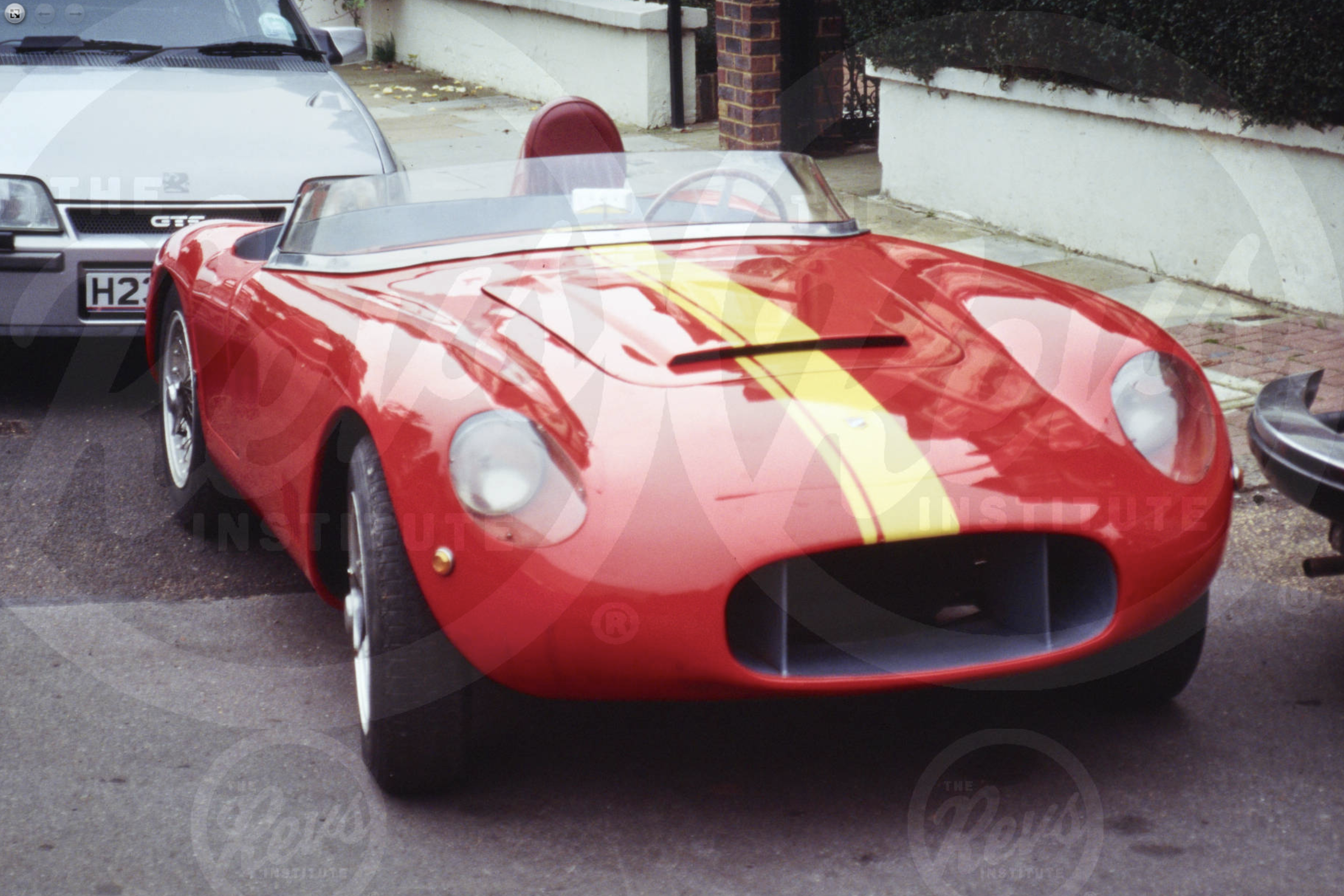 A quite special Car with a complicated history, you will fiund below a summary by © Archivio Vetture, that was already shared with the etceterini Community

Another car with a mysterious history. It is everywhere indicated as "Moretti 1500 Freccia d'Oro of 1956" but reading the description found online (always the same) something does not add up. At the end of this long post I have grouped this and 3 other cars, all different. The reason why they are all together is only a more or less marked similarity. I do not mean to say that they are all the fruit of the same hand, but there are some elements that I would like to bring to your attention. At the end of the post, my guess.
With regard to the "1500 Freccia d'Oro", it must first be clarified that Moretti produced a 1500 twin cam, called "Golden Arrow" (Freccia d'Oro) in Italian), but it was a model, which remained at the prototype stage (one open and one closed model) intended for the road and not at competitions.
The story accompanying this car reads:
"This car, a Freccia d'Oro Moretti 1500, is equipped with an engine designed and built by Moretti, (...) It has both the bodywork and the tubular chassis built by Moretti. (...) This car was a of the three cars specially ordered and built in 1955-1956 by Moretti for the 1500cc class by an Argentine group that wanted to compete against Maserati 150S and OSCA 1500, among others. This is the third car built: the # 001 went to Argentina, was never paid for, and was destroyed / damaged; # 002 and # 003 were bought by a trustee after Moretti's bankruptcy as an independent manufacturer in the 1960s. (...) The # 002 was exchanged by the trustee for a Renault Alpine 108 in the late 60's and disappeared.
A lawyer eventually bought # 003 from the trustee and the current owner bought it from him. It is the only known specimen in existence. After the closure of the Moretti factory, the man in charge of selling the goods kept it in a warehouse. The car was purchased by the liquidator, Mr. Giacomo Nebbia, in the most original condition imaginable. With the exception of the new paint and engine rebuild, the car is in race ready condition as it was when it was built. The car was presented to the public for the first time in August 2000, at the Italian Competition in Pebble Beach, California."

I have not found any confirmation of this whole story.

According to Curami's book "La Sport and its Artisans":
"The challenging 1500 bilabero double-ignition short stroke with light alloy head and crankcase never saw the track, then offered in the road version of 100hp as an option on the 1959 1500E GT Golden Arrow coupe, a model that did not pass the stage of prototype".
No reference to the three specimens for Argentina.
I then consult the excellent book "Moretti" by Alessandro Sannia, who made use of the invaluable contribution of Giovanni (Gianni) Moretti and I read whole pages dedicated to Moretti's sports ... but a 1500 is never even mentioned. Definitely strange, given that the others are all present, including derivatives. On the pages relating to normal production, however, the 1500E GT Golden Arrow is clearly present, with photos and technical data ... but obviously this is the model that Moretti wanted to launch for small series production and that was put out of action by the contemporary release of the Fiat 1500 cabriolet with the OSCA twin shaft, much cheaper ... but that's another story.
I decide to cut the bull's head and consult the old issues of Quattroruote, those of 1959 that document the presentation of the 1500E GT Golden Arrow (# 47 and # 48, November and December 1959) ... but nothing beyond what has already been read in the book.
Finally, "The Italian Car Registry" by John De Boer talks about the chassis of the Golden Arrow coupé (# 3195) and a second 1500 twin-shaft engine, # 002 owned by Giacomo Nebbia until 1990, when it was exchanged for a Renault Alpine 108.
It is also curious to read about Moretti's bankruptcy ... since it does not appear from any of the sources I consulted (Encyclopedia of Coachbuilders, Italian Coachbuilders, Beaulieu, etc ...).
We therefore have a car on which I have several doubts, on which there are no vintage photos, whose history is not documented beyond the declarations of those who sell them ...