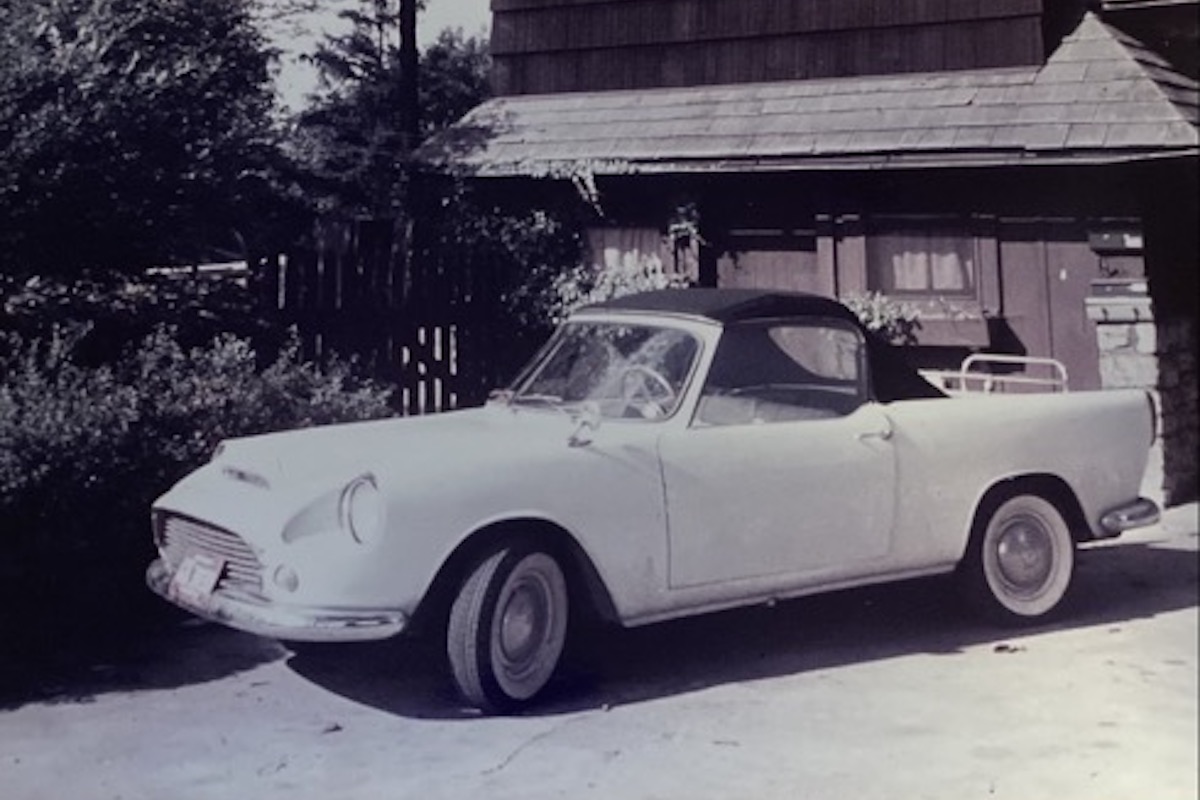 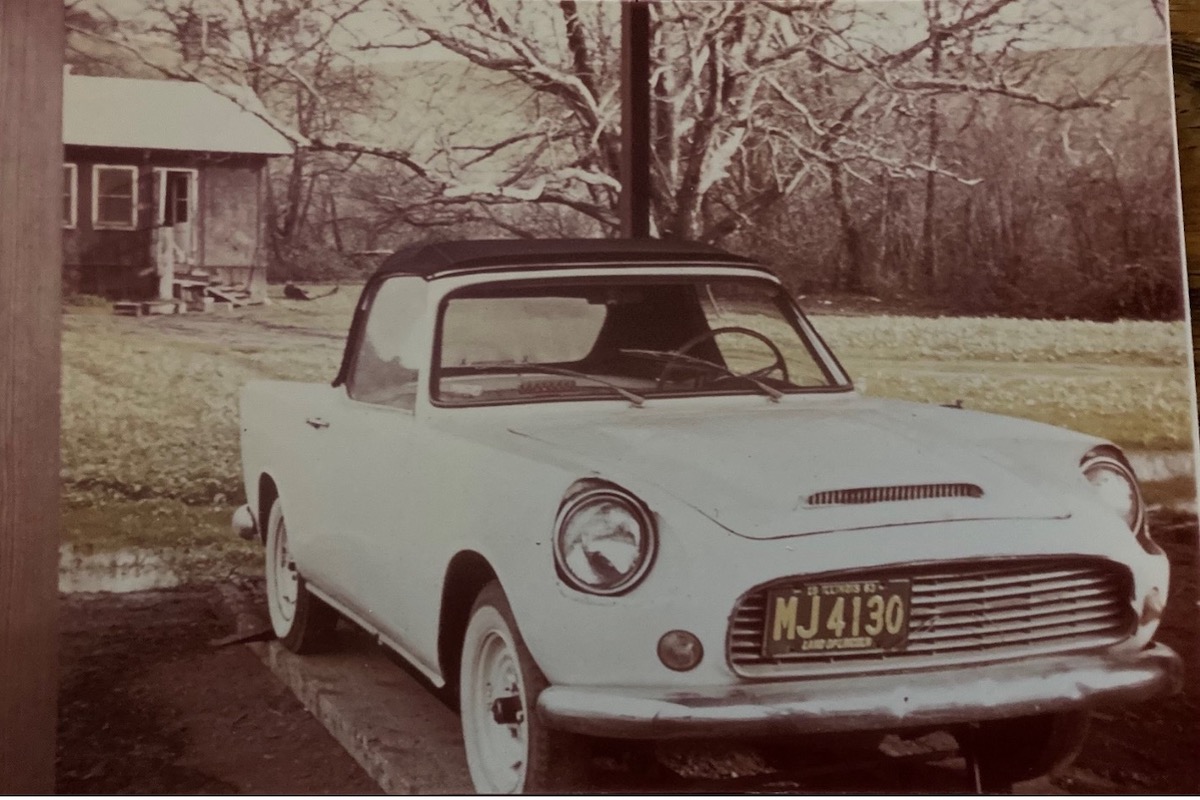 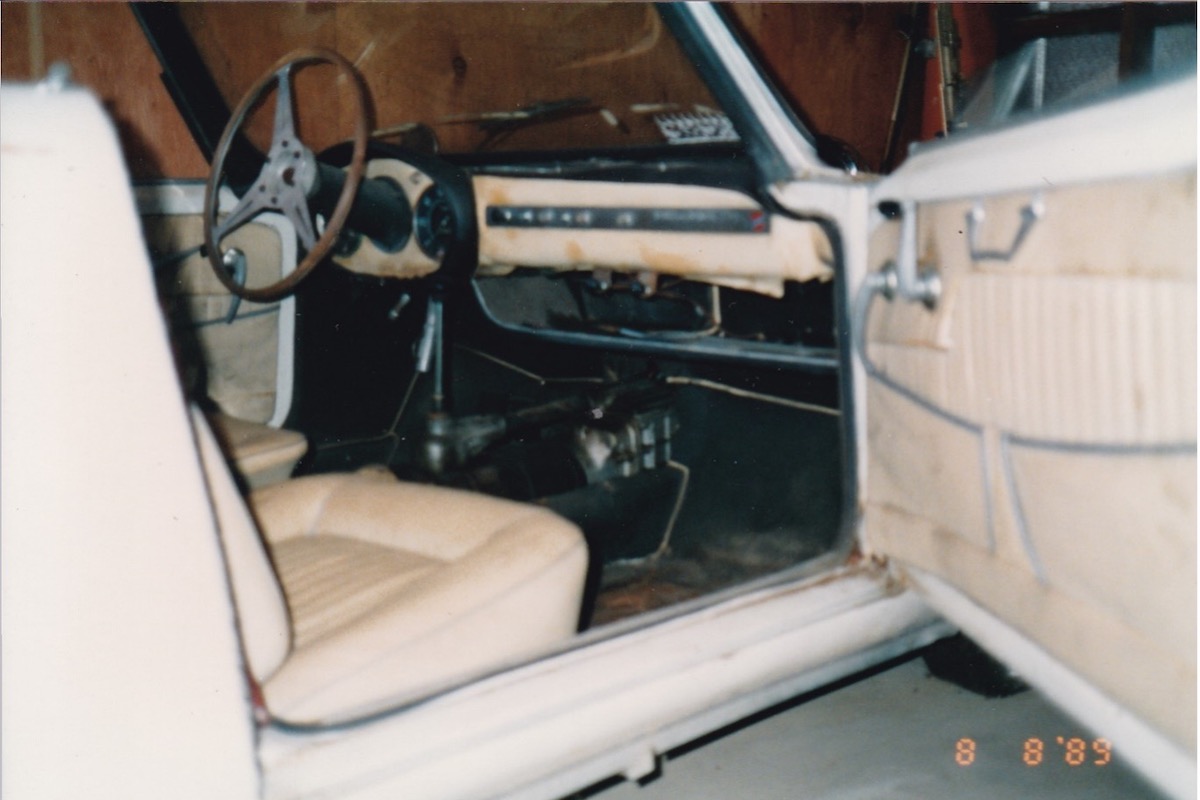 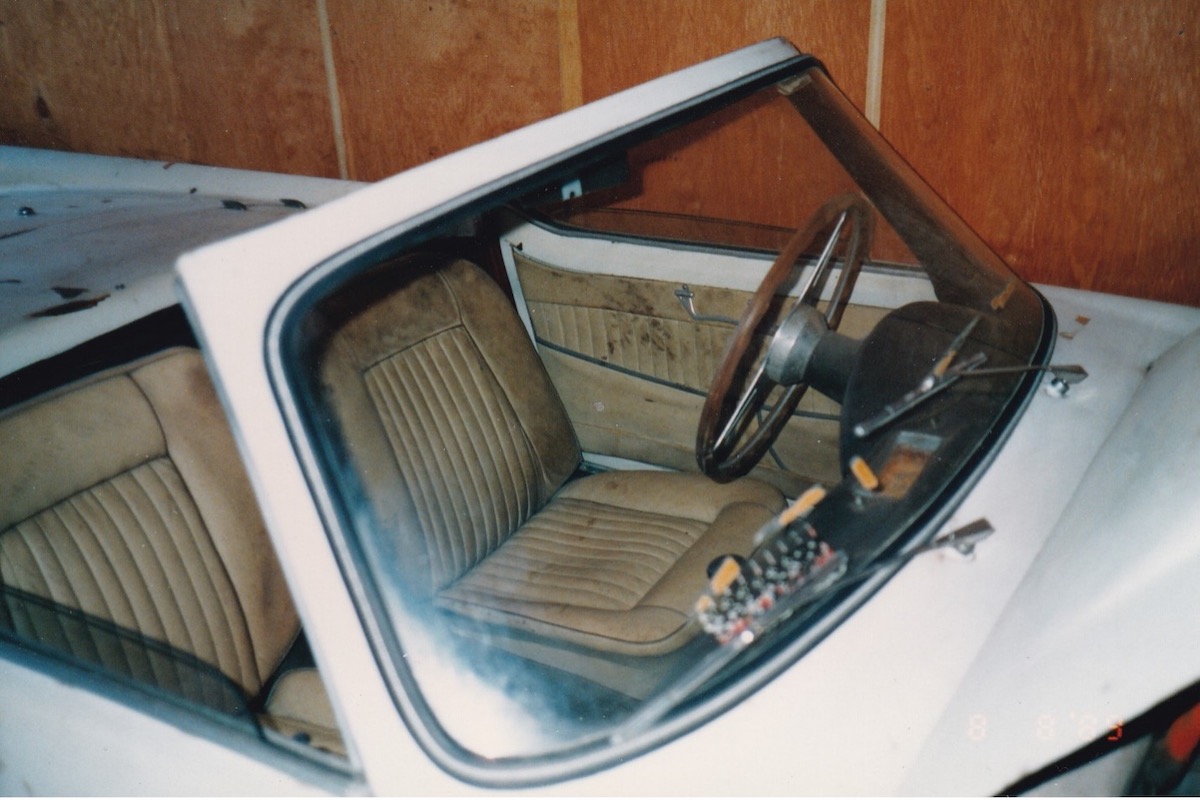 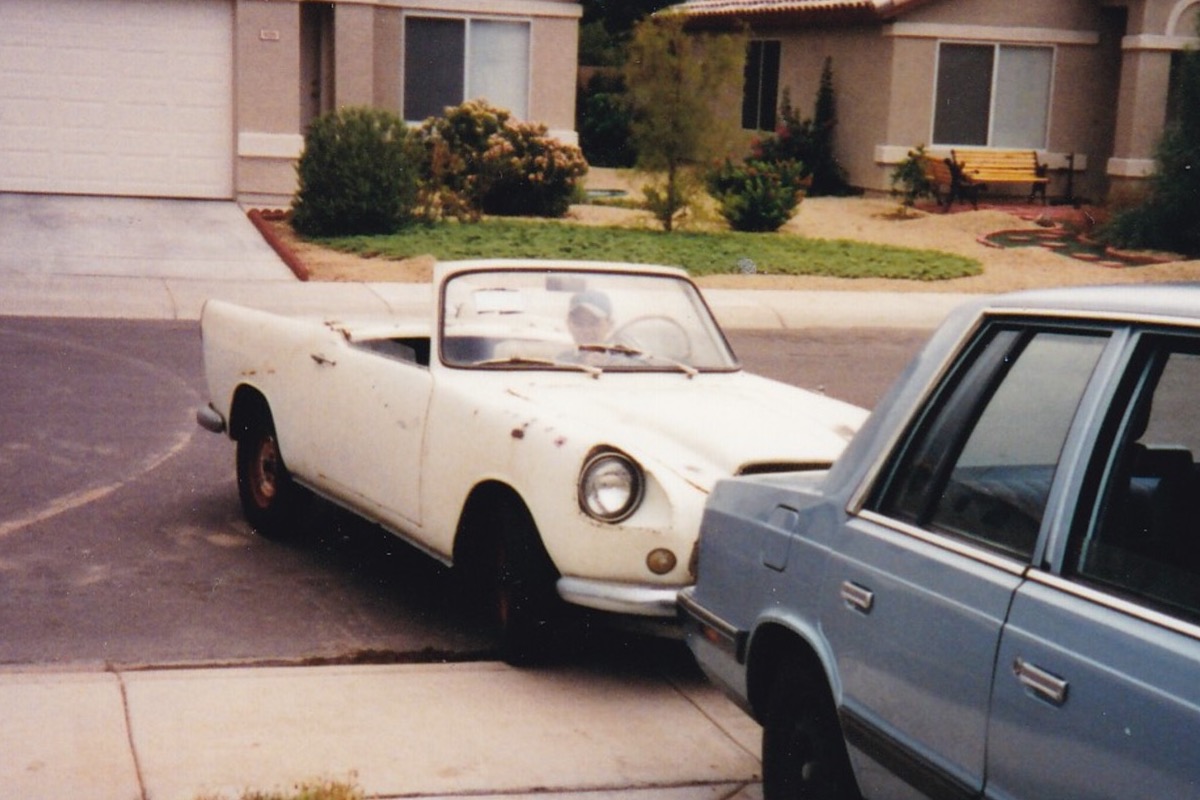 This Moretti Tour du Monde 750cc. Spyder Convertible was purchased in November 1960 in Sterling Illinois. The car was registered with the State of Illinois as a 1960 model; however, taking into consideration the chassis #2771, I suspect that it may have been manufactured in the time frame of 1957 – 1959. The car was originally painted dark red, and the owner is still looking for a better photo taken of the car in July 1962, with the Golden Gate Bridge in California as background. In August 1962, the car was damaged in a horrendous hailstorm, with hailstones the size of golf balls, near Taos New Mexico. Upon returning to Illinois, the damage was repaired, and the car was repainted white; the photo from November 1962 shows the car painted white and parked in front of the Dillon Estate Coach House in Sterling Illinois.

The car was brought to northern California in August 1963; then, from 1968 - 1998 there are two photos showing the car in storage in California, while the owner was living and working in Nicaragua and Costa Rica. The September 1998 photo shows the car arriving in Phoenix Arizona as it was being towed into the driveway of the owner’s home. Since that time, it has been stored in Phoenix and is now beginning to receive some badly needed tender loving care. As one can imagine, after 60 years in storage there will be numerous details to take care of in addition to stripping away rust and the white paint, installation of new upholstery, and repainting the car with its original dark red color.