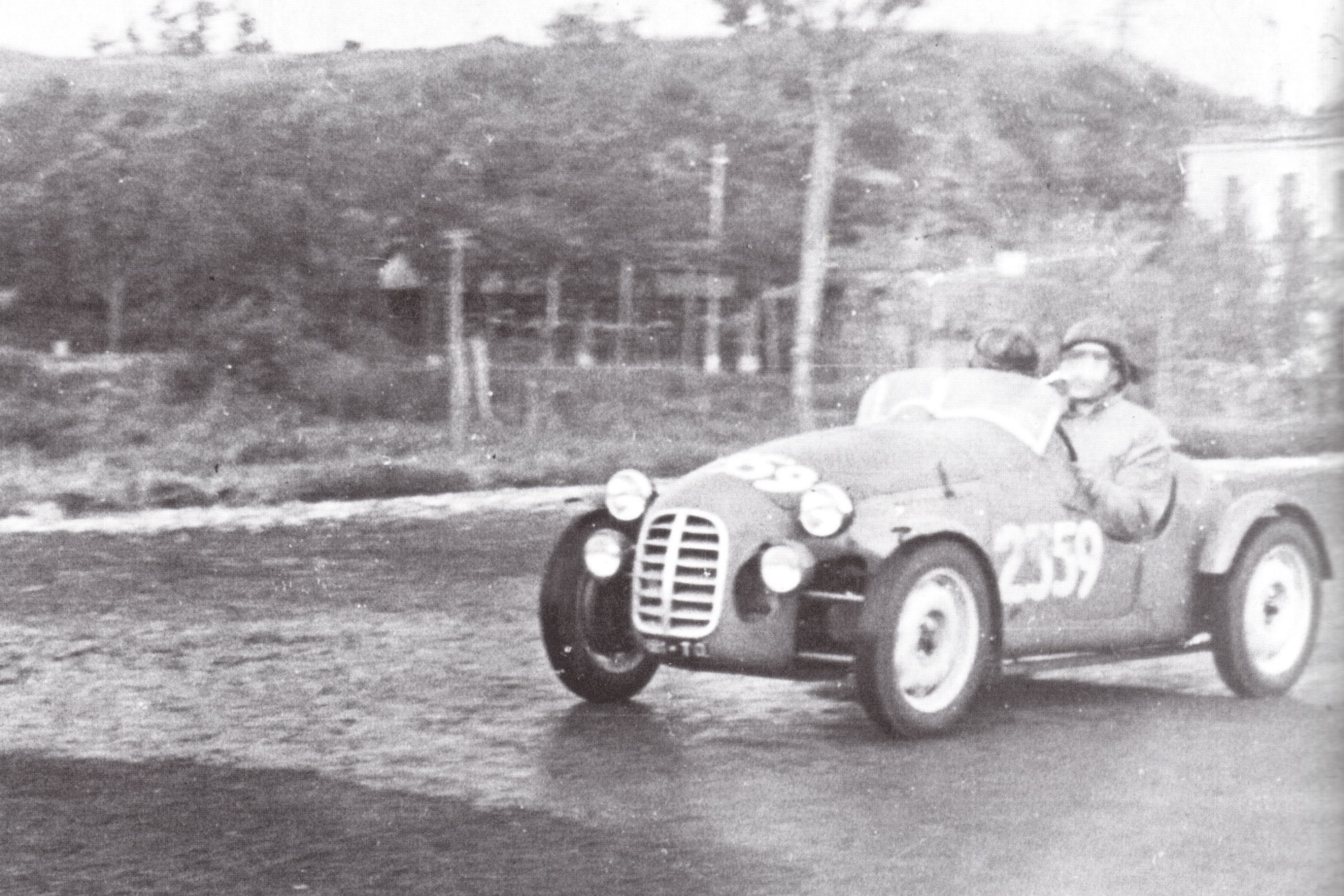 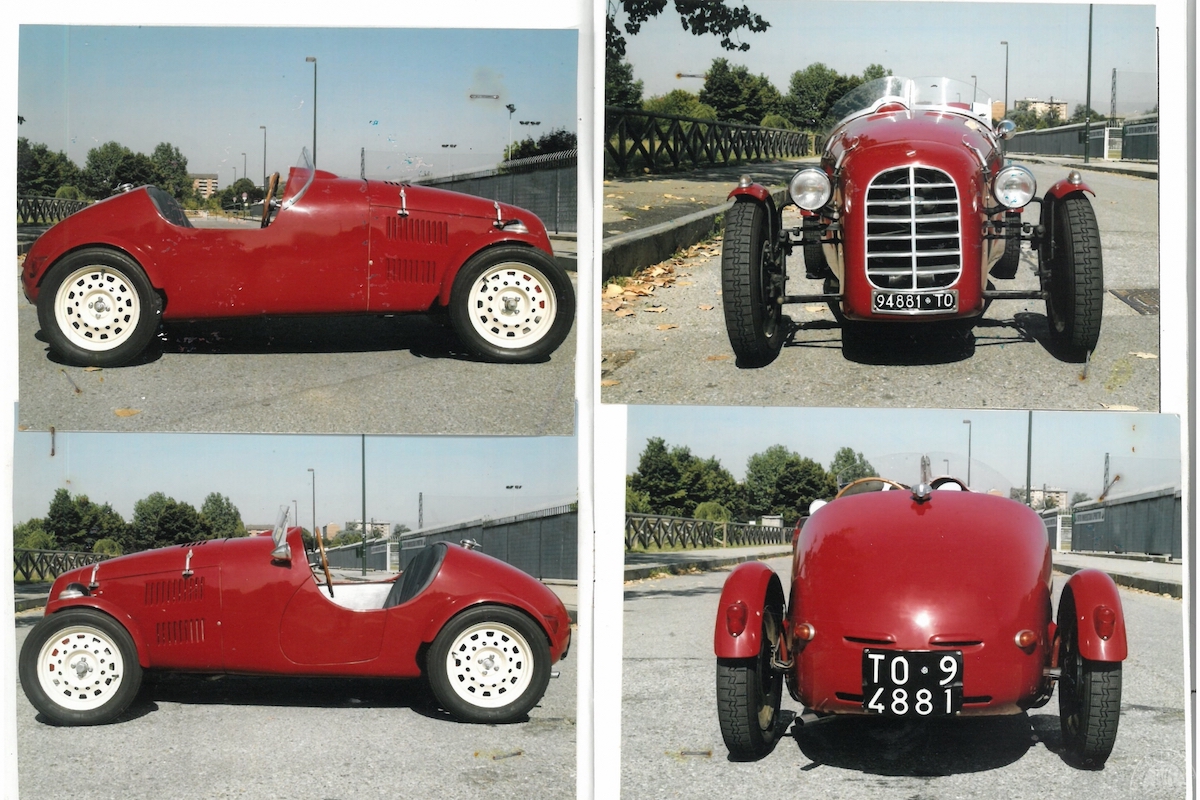 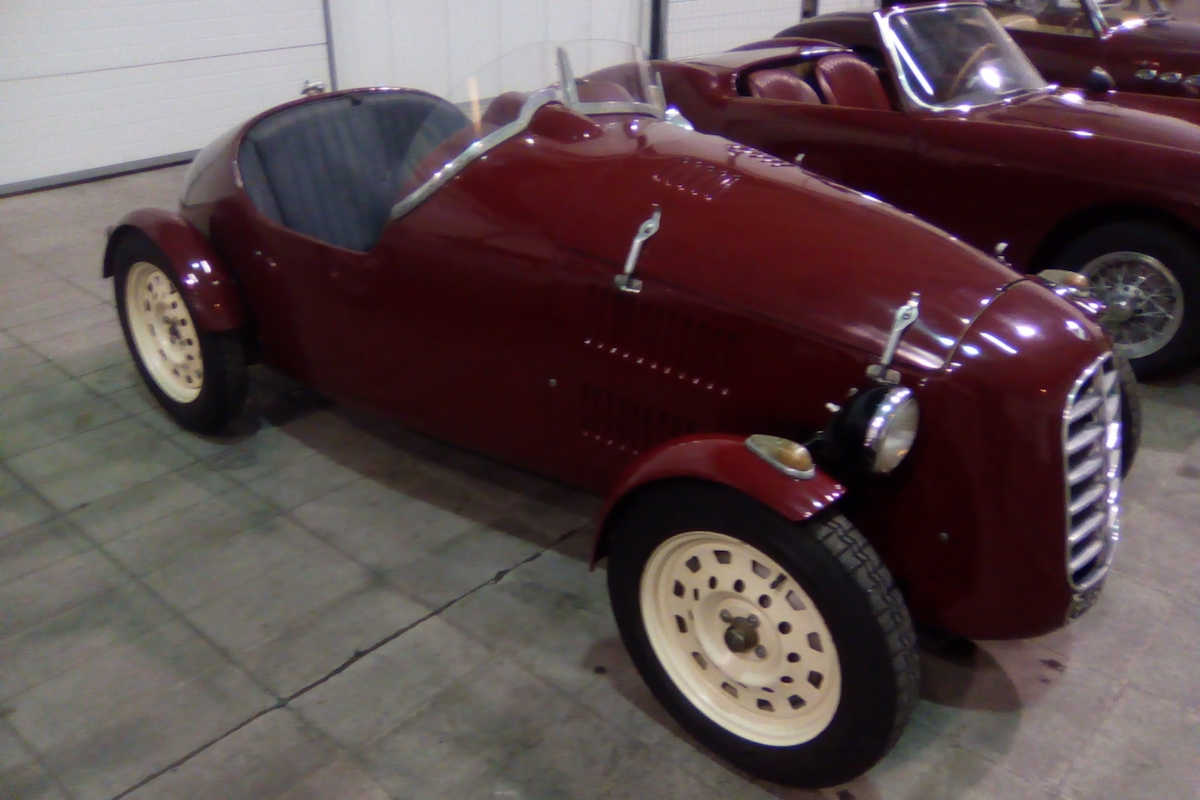 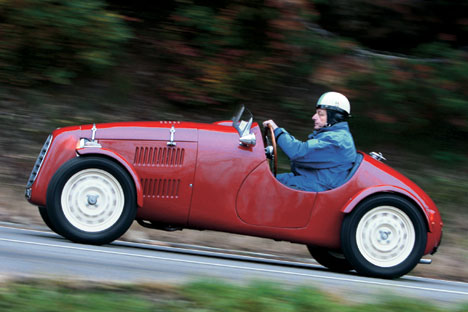 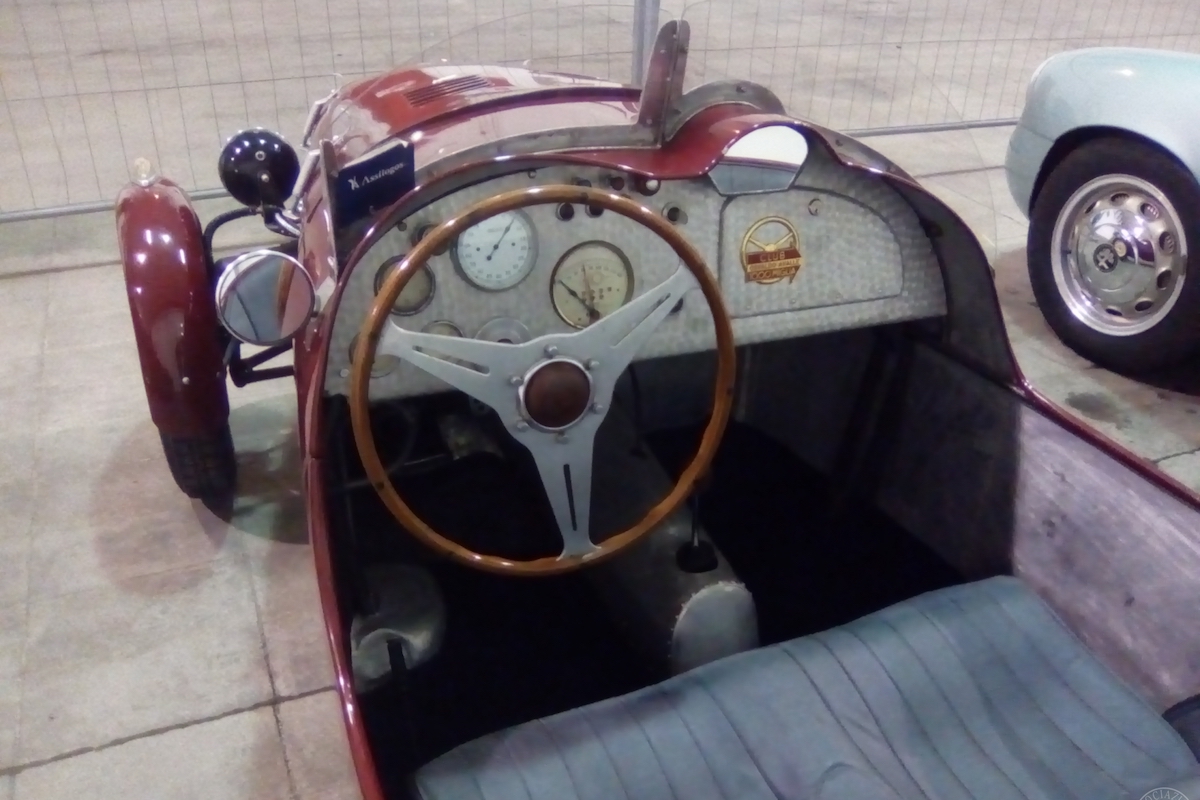 Extract from the Moretti Book by Alessandro Sannia, the Revs Institute.:

"The Turin-based Specialist, Mario Avalle, (...) bought a 600 engine in 1951 that he fitted into an old Sport he got from Motto. Teamed up with his 80 years old father, he achieved a very respectable 9th place ine the Mille Miglia.
The same car was then heavily modified the following year after the regulation changesthat it made it compulsory to have wongs fully intagrated with the body, and was again entered in the Mille Miglia driven by Avalle paired with B. Tesio, achieving a good 11th overall position".

This car has been initially commissioned by Vittorio Mazzonis from Torino with, as a basis a Fiat 500 Topolino.
The car was entered in several races between 1947 and 1950. In 1951, he decided to sell his precious little gem, without an engine.
It was bought by Mario Avalle. He initially wanted to put a Renault 4ch engine in it but couldn't find one and instead decided to put a Moretti 600 engine (#644) which he modified to 721cc.


With this car, Mario, and his Father Antonio (in his eighties !!) participated to the 18th Mille Migglia and finished 9th in their class. After other races they had an accident in the Suse-Moncenisio Hillclimb. The car was then stripped of its engine and stored away, in the family garage until Mario decided to put the moretti engine back in.
It was his son , Osvaldo, that finished the restoration of the car in 2006.