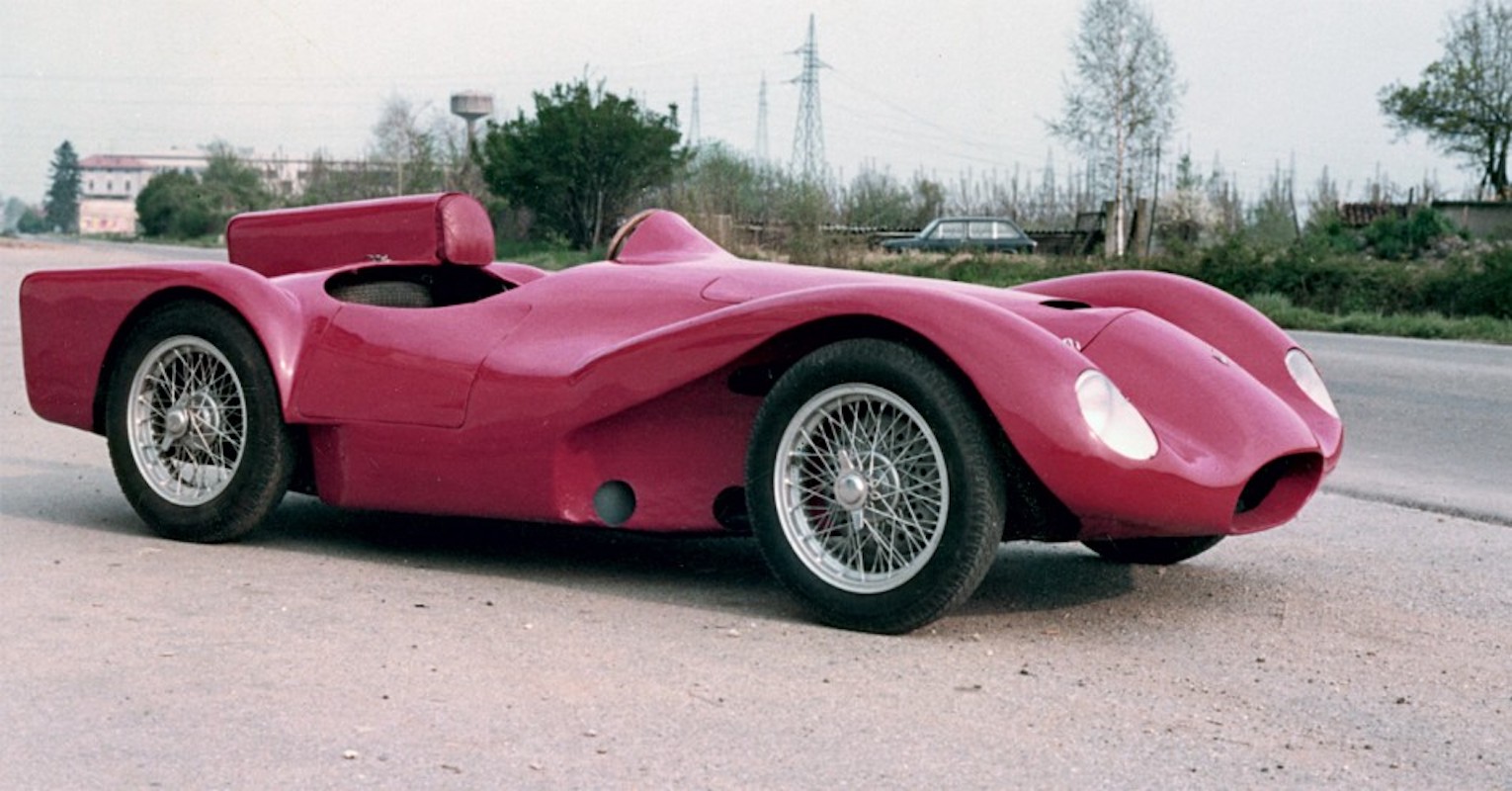 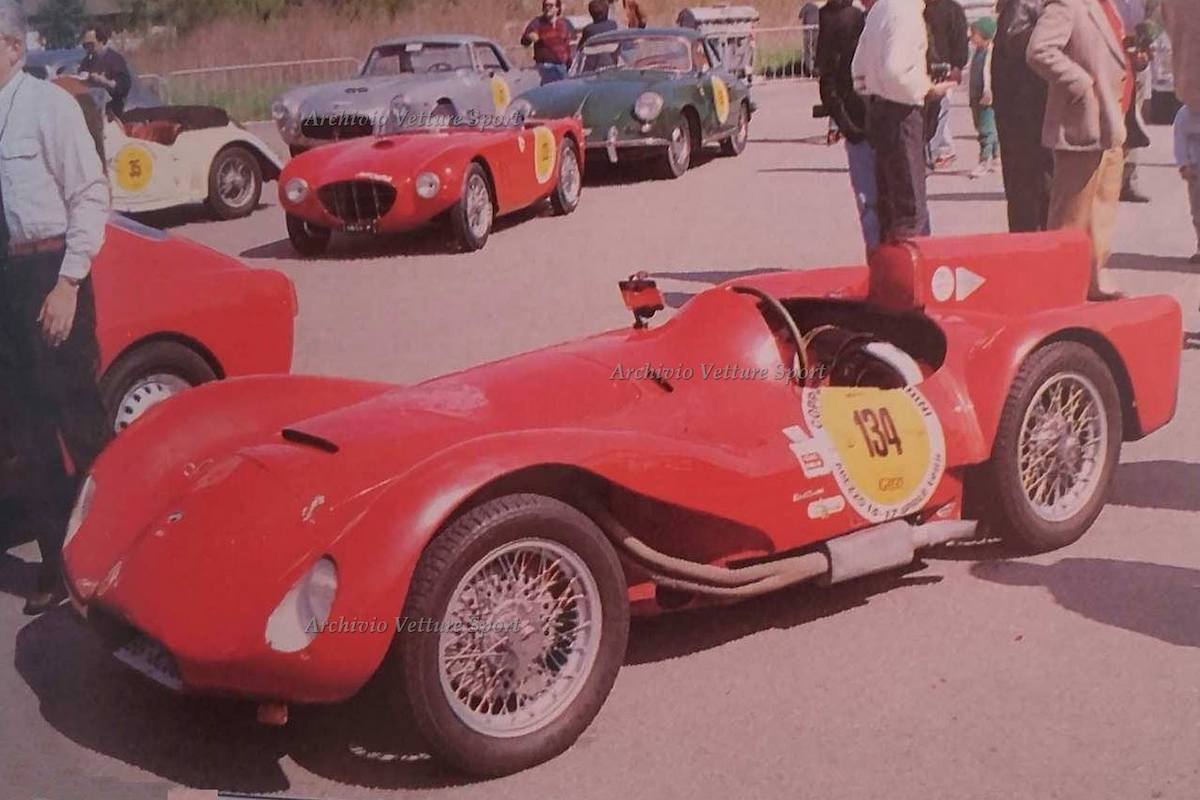 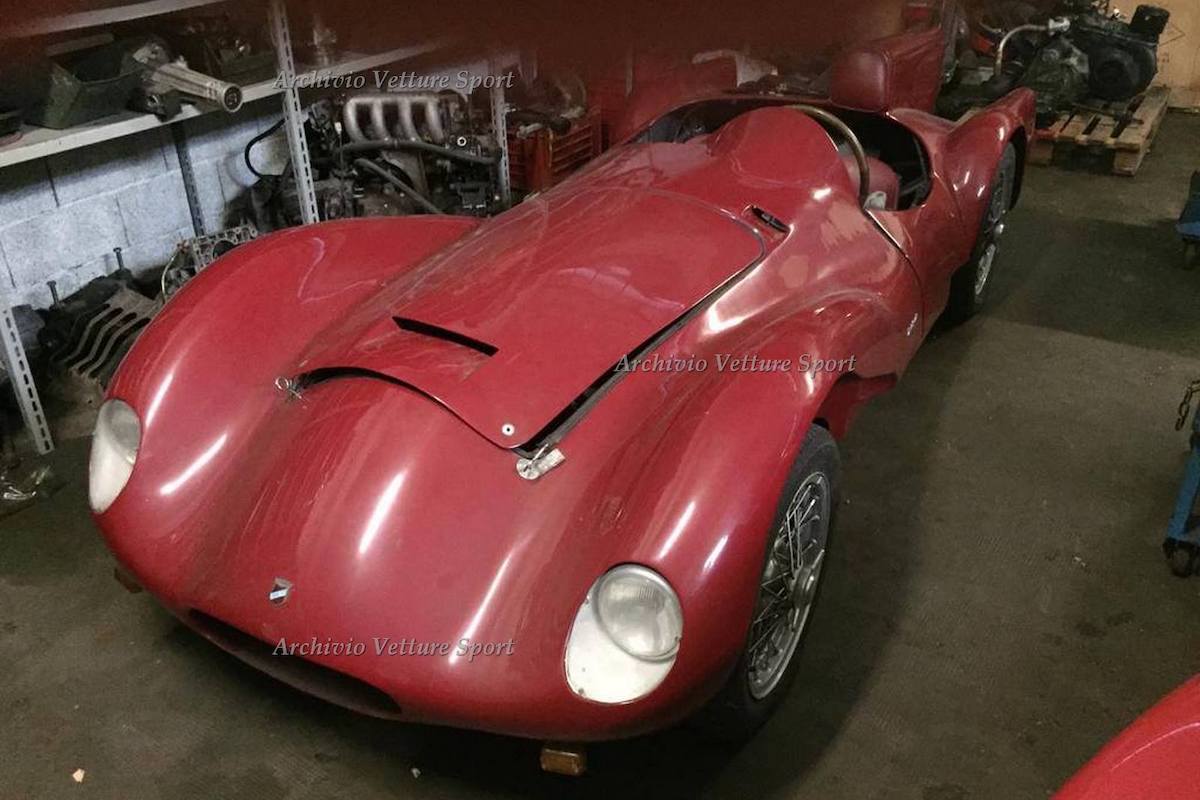 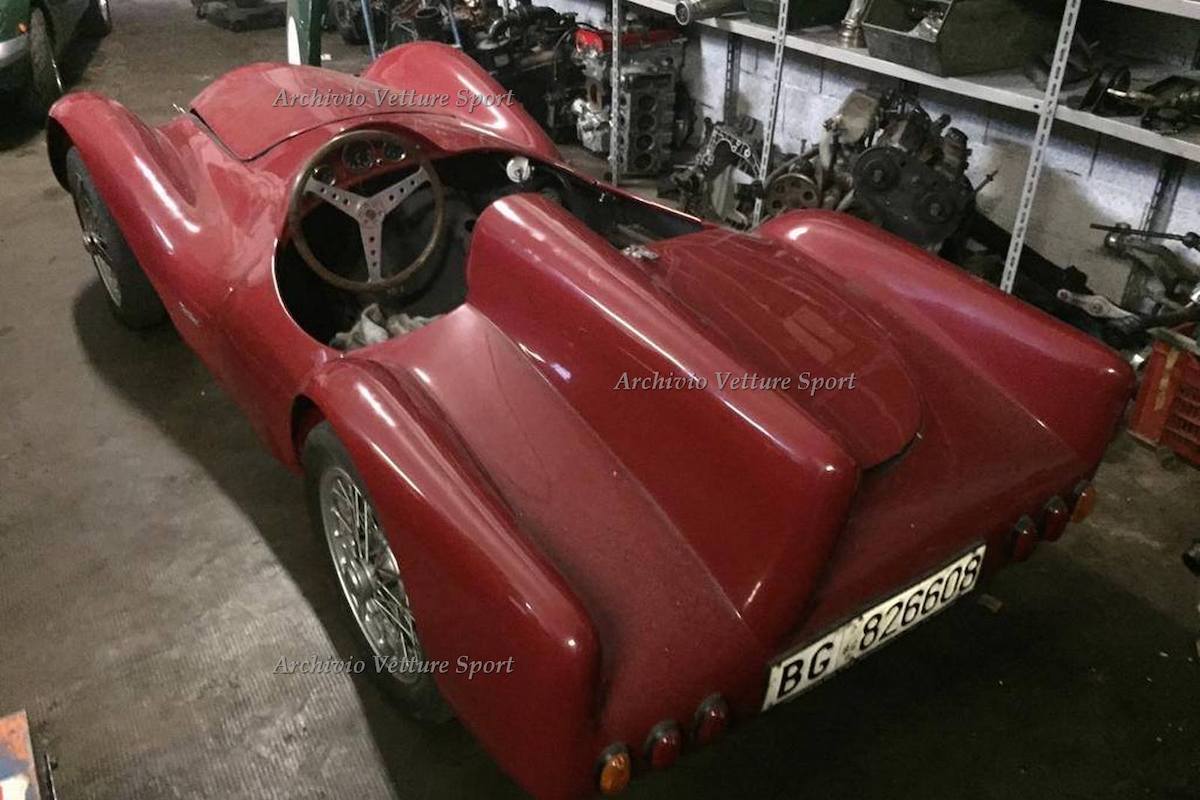 This car is quite special, built by Giuseppe Faranda with a Moretti engine. It is registered as Fiat 500 / C Chassis.
You will find below the description by © Archivio Vetture

This beautiful Faranda 750 Moretti twin cam competition, born in 1956, has found a new home and is in excellent hands!
Giuseppe 'Gepi' Faranda, born in Messina in 1929, was a sport car-builder. He first built 2 cars, both with twin-cylinder BMW engines. There was a single-seater Corsa 750 and a two-seater Sport 750. The two-seater Sport had an engine prepared by Nardi, was assembled by Micali and bodyworked by Savarese and had in common with the 750 Corsa a rear axle with independent wheels operated by two chains, one for each wheel.
Active mainly in the two-year period 1954-1955 (Catania-Etna, Borzacchini Cup, Salerno Circuit, Coppa dei Laghi, Vallelunga, ...) the cars soon revealed some limitations due to poor performance.
For this reason, Faranda decided to build this third car, equipped with the mighty double shaft Moretti, sold to him by Aquilino Branca. Mounted on a tubular frame (perhaps Pasqualin or Taraschi), however, it did not have the sporting success it expected.

There would be a lot to say about the man Faranda ... suffice it to say that emigrated to America (despite the comforts due to a wealthy family) obtains the aeronautical patent and embarks on a career as a motorcycle pilot. In Rome, together with his friend Mario Di Bernardi from the Air Force, he will even build a Volkswagen motorized helicopter, which has remained at the prototype stage.
In 1957, moreover, he will have a will drawn up where he will expressly ask to be able to donate his organs in case of death, revealing himself as generous as it is prophetic.
Returning to the double shaft Moretti, this was found in the early seventies in fair condition. Put on sale in the mid-80s, it will be used in some re-enactments and competitions for historic cars.
The car is now in Italy!